The Care and Keeping of Words: Part 3 of 5

By the gods, Meno, be generous, and tell me what you say that virtue is; for I shall be truly delighted to find that I have been mistaken. --Plato

You’ve probably heard many voices, even your own, follow up questions with the tagline, “I’m just asking.” Just as “no offense, but” usually precedes something offensive, “just asking” usually obfuscates a boatload of unquestioned implications. In a charged social and political atmosphere, putting a question out there can feel like an innocent way to spark conversation.

And it often is. But not always.

And if you’re the asker, you actually have more responsibility than you think.

Questions have been the tried and true method of provoking thought since Socrates. His leading questions were calculated to draw reasoning errors into the light so that students would recognize their own ignorance. Notably, recognition of ignorance and fallibility is the only starting point for learning and become wise. The Greeks called this transformative humility (akin to repentance, or turning) metanoia.

(My seven-year-old was born supremely confident in her own judgment. While this trait may serve her once it’s tempered by wisdom, right now, it actively slows the pace of learning for her. She has not reached metanoia. See exhibit A.)

Questions can also expand the possibilities for solutions. Einstein’s brainstorming process using thought experiments “built on his intuitive understanding of physics, which in turn was built on his experience with working through theories and problems. Their strength, however, was to draw attention to contradictions or confusions that may have been missed by a less intuitive physicist.”
Linear thinking is the sinking vessel built by progressive education and its isolated subjects, so YES, by all means, let’s think outside that box and ask ourselves questions. Every scientific experiment starts with a question.
But we can still qualify the question.
If the question is meant to find an answer, we must agree that there is a way to know things. How much weight does a magic 8 ball or your grandma’s gut carry? By what measure will we evaluate or compare ideas? What do those with relevant expertise say about findings or methods? Is truth even knowable? If not, is there even a point to inquiry, or are all opinions equally valid?
Wide open questions are only starting points. In peripatetic teaching, questions become quite specific as they zero in on error. Socrates, in order to answer a broad question, say, about virtue (is it taught or acquired?) must explore very annoying minutia (mostly refining one definition after another), asking questions like, “do those who, as you say, desire evils, and think that evils are hurtful to the possessor of them, know that they will be hurt by them?”
Often his students just throw up their hands and walk away. Being responsible with words is a lot of work.
In science, likewise, a question like “what affects mold growth?” must become specific (“does temperature affect mold growth?) before it can become an even more narrow, testable hypothesis.
Some questions lead us towards knowledge by increasing the precision of our thinking. These questions reveal. But questions can do the opposite. They can, intentionally or no, muddy our thinking. When the snake asked Eve, “Did God really say…,” it’s clear that the question is meant to sow doubt by twisting or obscuring meaning.
When a trainer and blogger called Tom Nikkola asked, “What if there are motivations behind [messaging] that aren’t pure? The only way to find out is to ask questions,” he’s suggesting that encouragement to wear masks is a priming plot to program our instincts. I only care about his use of questions here, which, along with misleadingly framed statistics, aim to plant cynicism without any of the responsibility that such a charge requires. He says he’s “only asking… ‘what if’?”
But that’s simply not true, even if we assume that he honestly thinks it is.
Imagine that someone cloaked defamatory suggestions about you in a whispered question. Would the mere form save your reputation, or expunge the seed of suspicion? A common rejoinder of conspiracy theorists when asked to provide evidence for their narratives is, “You can’t prove it ISN’T true!” But this is nonsense, of course. The person making accusations or claims, even in the guise of innocent musings, must substantiate with evidence if he be a person of character.
Put differently, evidence makes the legal difference between actionable libel and plain old muckraking, but while free speech must be legal, we should still demand moral integrity from those who just ask.
Here are a few quick thoughts: 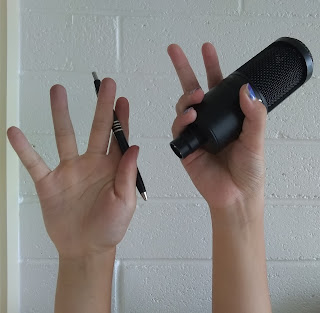 Useful questions are specific enough to be checkable. Our goofball blogger above keeps the identity of the evil “they” vague, so he’s on safe legal ground. But if you deal in vagaries, you are probably less interested in truth than in throwing up flares as a dangerous and effective distraction from the pursuit of real knowledge. In the words of Nobel Prize winning physicist Wolfgang Pauli, sometimes a question “is not only not right; it is not even wrong.”
Useful questions seek information rather than planting it. Back when we had daily White  House briefings, correspondent Chanel Rion provided a regular and egregious example of tacking question marks onto broad rhetorical statements, thus implying that those statements are valid without having to actually defend them. This is another example of irresponsible asking, whether you agree with her statements or not. It’s a matter of form, and the forms keep us accurate and accountable. A statement wearing a question’s skin shuts down inquiry rather than initiating it.
Useful questions can make us uncomfortable, and that’s good. If a fair question makes me feel defensive, I have a choice. I can deflect, deny, and deride, all of which effectively protect ignorance. Or I can lean into the discomfort because I want to grow and improve more than I want to rest easy. That’s metanoia.
Don’t stop asking questions. Journalists, those much-maligned and courageous upholders of freedom, ask questions. And as a fan of Socrates and of Einstein and of lateral thinking, I don’t want fewer questions. Just responsible ones. They keep the conversation honest and fair. Einstein’s thought experiments helped reveal his own errors and holding ourselves to high standards does the same for us, strengthening what we do ask. Because, unquestionably, there’s still so much to learn.

(Parts one and two are here.)

Posted by Elizabeth Vaughn Do at 12:02 PM