Praying Down a Bunny Trail

“Rejoice always, pray without ceasing, give thanks in all circumstances…” 1 Thessalonians 5:16-18

I’m reminded again of Paul Miller’s suggestion that prayer gives us front row seats to the redemptive action on the floor.  I’m in need of reminding because I regularly revert back to this movie-culture mindset.  I’ll try to articulate the heresy of my semi-conscious for you.

So I’ll start praying for some specific situation.  But I’ll try to pray in such a way that I’m not fixating on one result.  I’ll say all the “not my will but Thine” things that a prayer might require to be taken seriously.  I’ll try to foresee all the things that a resounding “No” could eventually bring about, like running out of gas and missing kickoff but then running into an old friend at the gas station, thus justifying God’s choice to me.  I’ll get frustrated with the Psalms because they are so life-and-death and they feel a little dramatic for my purposes, or maybe they just trivialize my interests.

And after all this, I’ll have a transcendent moment where I feel like I’ve really embraced God’s sovereignty over said situation.  And here’s the movie-culture part.  As soon as I feel this, there’s an unconscious intake of breath and a pause.

Because in a movie, all the angst is just about learning the lesson.  So at the moment of lesson-learning, the problems are miraculously resolved.  So I pause.  Unconsciously, I think I said.

As if my feeling really open to anything should mean that an answer is imminent.

And then I catch hold of my rambling thoughts and feel stupid.  But the good part is that, in feeling consciously idiotic, I can again rejoice in the truth that the whole prayer process is what makes a relationship.  So the longer I’m kept hanging on one question, the more we’ll have to chat.  And when we chat more, all kinds of things much bigger than that question might happen.

“We have to pray with our eyes on God, not on the difficulties.” ~ Oswald Chambers
Posted by Elizabeth Vaughn Do at 8:39 PM No comments:

Email ThisBlogThis!Share to TwitterShare to FacebookShare to Pinterest
Labels: Foundations, Life As I Know It

Here's a lite bite for Monday.  I have continual trouble with the graceful phone exit.  I just can't disengage decisively.  It goes something like this:

The Initiation of Closure:
Me: "Take it easy!"  Them: "Great. Talk to you soon."

Posted by Elizabeth Vaughn Do at 11:09 AM No comments:

Email ThisBlogThis!Share to TwitterShare to FacebookShare to Pinterest
Labels: Life As I Know It, Lighten Up Already

One of the best feelings is the one you get when you grapple with an idea and distill it to a complete, concise argument.  One of the worst is when you present the argument to a smart friend and the friend replies in a way that misses the point entirely.  The kind of reply that implies, “I didn’t quite follow that, but here’s how I feel.”

I’m not trying to be an insufferable snob, and I don’t claim any unusual smarts myself, but I can’t help noticing how many educated and successful people today don’t use or follow logical processes.
This is frustrating when you are trying to discuss a novel or a philosophical point, or at any time in an election year.

A professor reported in a webcast interview (which I’d look up and cite if Gale Force weren’t crying on the swings outside and forcing me to hurry) that in his research of English-subject teaching methods in U.S. classrooms he found not only a classroom that uses group consensus to determine vocabulary definitions, but also that an overwhelming percentage of college freshman cannot give an accurate summary of the first sentence of the Constitution.  Not to mention identify its source. 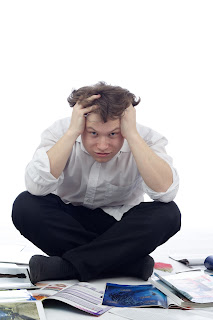 Which is a topic of its own, but today it is just one more reminder of this question that bugs me.  If you can’t understand the constructions necessary to convey a complex thought, can you have complex thoughts?  When a person can’t verbalize a good argument for his position, is it a thoughtful position at all or just an emotional one?

The thing is, we harbor impressions, but we think in words.  I just watched that movie scene where Helen Keller suddenly grasps language, and I can’t help but find it analogous; you can only untangle or understand your impressions to the degree that you can express them in words.  So if you find scholarly language uselessly snooty and can’t put your own ideas into specific terms, are you really thinking or just emoting?
I don’t know the answer.  I’m just asking.

I like this analogy by Neil Postman almost 20 years ago (I took the title from him too):

“While I do not know exactly what content was once carried in the smoke signals of American Indians, I can safely guess that it did not include philosophical argument. Puffs of smoke are insufficiently complex to express ideas on the nature of existence, and even if they were not, a Cherokee philosopher would run short of either wood or blankets long before he reached his second axiom. You cannot use smoke to do philosophy. Its form excludes the content.”

To be more culturally relevant, if we think and express ourselves in tweets, we leave ourselves little of depth to discuss.  And maybe, left to atrophy, our brains can only operate on a superficial level.

Tracy Lee Simmons quotes an ancient Greek maxim that states, “Letters are the beginning of wisdom,” and explains “letters” to mean “the ability to convey the complexity and subtlety of thought and sense with words.”  He continues, “To live as an educated being in any higher culture is to act both as a builder of the house and as a weeder of the garden.”

So, one conclusion you could draw is simply that our culture is not so high.
Posted by Elizabeth Vaughn Do at 8:27 PM No comments: