One day, I mentioned to a discussion group how I’m dying to go back and really learn physics and trigonometry and all the things I skimmed through in school, and then tackle the things I skipped altogether, like calculus and quantum mechanics and molecular biology.  It excites me to think how much of God and his world is knowable if you do the work to learn about it.  And it irritates me to think how we were all led to believe we were in either the Math/Science or the Language/Arts camp and should stay where we belonged.


One of my friends noted that this approach was the opposite of that put forth by a strength-finders class she’d taken, which apparently suggests that we focus on our strengths so as not to waste time dabbling.  (I should note that this may well be a terrific class.  I haven’t taken it and can’t judge.)


As usual, I had no retort, this probably the result of not reading enough. 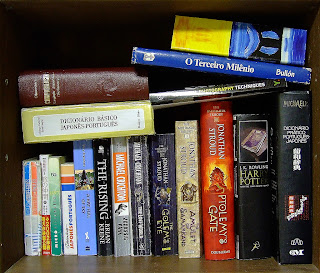 But then I got to thinking how a Renaissance man could research astronomy one day and theology the next, and how he might produce paintings and sculpture that were the direct results of his mathematical and scientific research, and how he might write eloquently about all of it.  And all of this without stopping to wonder if it was allowed, if he were legitimately, you know, a “math person.”


The difference is detaching from the quantifiable-results equation.  When we focus our energies on what is profitable, on those of our skills that are most salable, we become single-function production robots.


Developing a human being, on the other hand, is highly impractical.


I think of John and Abigail Adams and how between farming without machinery, raising and educating children, helping to birth a nation and developing its nascent philosophies, they made time to read everything available enough times over that they could quote with facility.  Abigail wasn’t even formally educated, but she never doubted her ability to read, understand, grow, and pass on her knowledge, nor the value of doing so.


In fact, I think that reading and learning widely, inside and way, way outside our prescribed realms, is the primary way that we preserve humanity and culture.

Email ThisBlogThis!Share to TwitterShare to FacebookShare to Pinterest
Labels: Life As I Know It
Newer Posts Older Posts Home
Subscribe to: Posts (Atom)