The Peaceful Sleep of Babes

I have one child who every night, by her very positioning, exudes a blissful sense of security. When I pop in to turn out her reading lamp, she is lying on her back, face towards the ceiling, snoring softly, arms flung wide as if to embrace the night sky above her roof. It strikes me every night as the most confidently vulnerable position a body could choose in which to surrender consciousness. And it reminds me every night how few children sleep with such fearless abandon.


I say this to establish that while my philosophical argument in the face of global tension may sound callous, I am not. That while you or I might personally lay down our lives for a stranger’s child, I don’t think America has the moral footing to make such statements collectively. And that is an important distinction.


It starts with Rene Descartes. In developing a mechanistic vision of the body, he was unable to account physically for the soul and so cast personhood as a separate phenomenon: a “ghost in the machine.” Odds are, whatever else you believe, you assume some kind of mind/body dualism that stems from this notion and affects how you interpret the world. The philosophical end of this split is a fact/value dichotomy that dominates modern thinking. Things we can study empirically go in the lower story of facts, and everything else is relegated to the upper story of values. This is the basis of the dogma of relativism. 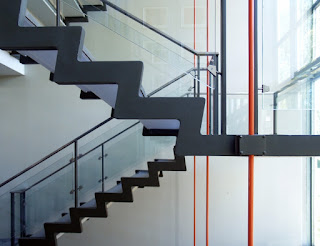 Yet there is no one on earth who can live as though this is true. Because it doesn’t reflect reality, it tears asunder the cohesive nature of our true world and ourselves. We live in tension.


And nowhere does this become more depressingly apparent than when a nation suddenly rises in moral outrage against atrocities. Because by what measure can we rationally call anything atrocious?


I don’t know (and I have a MA in the subject) exactly what the right theoretical role of a hegemon is in morally policing the world, or how the rights of individuals and the rights of sovereign nations are rightly weighed in international law. Maybe nobody does.


But I do know that in embracing the cognitive dissonance of a fractured reality, we have surrendered our standing to make any big moral statements whatsoever.


The thing is, most moral or even theological frameworks are attempts to describe the real world. They exist to fit with reality. Christianity goes so far as to beg for a good fact check. Its explicit basis is in historical fact and it claims outright that if those historical claims are not verifiably, objectively true, then its entirety is null and void. While I don’t know that any other religion is so forthright, most purport to describe reality.
Yet such is our devotion to empirical knowledge that we forget that knowledge is not so limited in its sourcing. What we find is that our modern desperation to shut belief systems into an upper story, divorced from physical reality, cannot be lived out rationally. Truly, most of the vociferous denouncements of “values” attempting to weigh in on issues of fact, are aimed at religion. Because there are broad moral statements being made with impunity in all other realms. 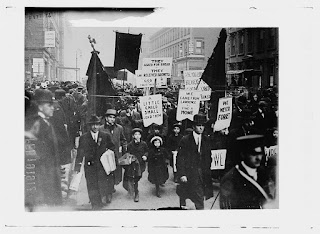 Think of the rhetoric of most politically active groups. When we state that kill shelters, rape, racism, child abuse, puppy mills, sexism, and environmental pollution are wrong, we do not mean that we personally dislike them. We do not mean that it is a value divorced from physical reality. We mean that these things are universally, unequivocally, wrong for everybody. If they were values, existing in their own sphere, then the guy with the dog fighting ring could say, “Oh, this is ok for me. That’s my truth.” And we would say, “Carry on, brother! Do what seems right to you!” But we don’t. Because whatever we say, however we cling to Cartesian dualism, we all know deep down that it doesn’t fit reality.


Our sense of justice may be shaped by current cultural dynamics, but the fact that it exists implies that it reflects a reality, that justice and injustice exist outside of the individual mind.


And all of this is to say that our collective cognitive dissonance is thrown into relief every time something is so egregious that we all pretend we weren’t just saying “you are your own truth” and instead together shout, “Stop this evil!”


We are right to try to stop evil. We are wrong to pretend it is relative. So long as we fight to keep knowledge limited to the realm of empiricism, we will live with the tension of a life disjointed. But for those for whom knowledge forms an integrated whole, a Matrix-like beauty, the tension dissipates. In the face of evil, our hearts still break. We cry with the afflicted and rage against the oppressors. But amidst the tumult, we sleep the peaceful sleep of babes.