“I’ll believe in anyone or anything,” said Nikabrik, “that’ll batter these cursed Telmarine barbarians to pieces or drive them out of Narnia. Anyone or anything. Aslan or the White Witch, do you understand?”

Christian courage is doing right, being as blameless as you can, though by it you lose the whole world.

To rally behind an ostensible champion simply because Christians have long felt downtrodden by the cultural wave is to forget the essence of the redemptive story. That we are aliens here. That the kingdoms of this world are not our homes. That we seek the good of the city only within the context of Babylonian exile: that it is a sick, dying city in which we are asked to live and flourish. Babylon’s power is not ours to wield. We could never handle it faithfully.

Those who grasp at power do so out of fear. On the first day of school, my daughter sat in the car reassuring herself, “Mom, bullying always means the person is secretly scared, right?” Yes, it does. The fundamental dynamic of Christian life is feeling the fear of the chaotic world (they could kill me, sometimes that’s in the cards) and then trusting that God’s ends are bigger than ours (they could kill me, and from ashes may spring something glorious.) We purport to live for the glory of God, and we forget that we don’t know how God is best glorified. We don’t know if strong, Imperial notes are part of glorifying strains, but we do know that quiet, daily righteous living is a sweet melody in God’s ear.

And then we forget.

We give way to fear about ends and we slip, shouting, into any means and any alliance.

That’s why we are given so many examples.

Fear drives David to kill Uriah. The man after God’s own heart heeds the voice that says, “I have already fixed on an ending. I have no choice.”

But we don’t write the endings.

We don’t know the endings. 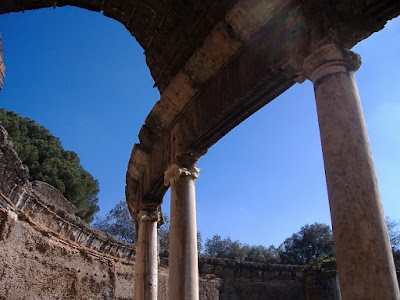 God can do a lot through a good sacking. Sometimes, as with David, he sacks the Christian’s heart and purges it of its hubris and restores that heart to himself. Sometimes, as with Saul’s coronation, he lets the natural consequences instruct (You want a king? I’ll let you have that and its fallout.) That’s God’s prerogative, and we humbly leave some of it to mystery.

Blessed, however, are Christians when they are insulted, persecuted, and misrepresented because of the gospel. (No such blessing for us if we are insulted because of our vitriolic political posturing, though.) We rejoice in persecution because our reward is in heaven (paraphrase, Matt 5) If we seize the reins of Babylon, we might just get our rewards here and now, but we won’t have been much of the salt and light that we are asked to be in the next verse.

The only thing we know for sure is that words like these from a few weeks ago:

Conservatives & Christians need to stop electing ‘nice guys.’ They might make great Christian leaders but the United States needs street fighters like @realDonaldTrump at every level of government b/c the liberal fascists Dems are playing for keeps & many Repub leaders are a bunch of wimps!

are the words of fearful end-writers, not the words of faithful servants.
To my brothers and sisters in exile, be not only as wise as serpents, but also, always, as innocent as doves. 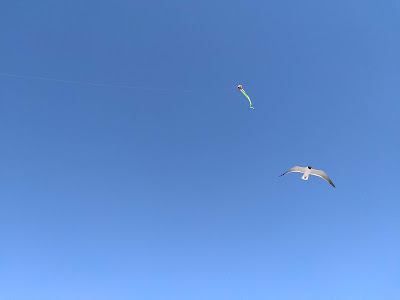 Posted by Elizabeth Vaughn Do at 2:06 PM No comments:

Email ThisBlogThis!Share to TwitterShare to FacebookShare to Pinterest
Labels: American Culture, Life As I Know It, My Big Flat Oyster, Seething Furies


(or: Don’t Raise Your Kid on Pundits)

a. Students of politics don’t become thinkers.
Students of history do, and students of poetry. Politics (today) tells a person exactly how and what to think. It often obfuscates purposes. It hides in hedges, stalks, pounces, and stands to gloat over its human prey. History, however, feels no hurry. It has time to indulge in precise definitions and thoughtful comparisons, to weigh factors and to sleep on ideas. It puffs a pipe on a hillside and blows smoke rings into the air. Poetry, its rightful partner, fills in the contours of the landscape behind the facts, tempers the chill of reason with pathos. It watches the smoke rings and tells us their shapes.
Teach them to think, and they will think well, and independently, about politics.
b. Children are developing.
Political diets offer them a sense of ownership of ideas and opinions that their own slender experience could never have concocted. And ownership of the ideas and supporting arguments (without the attendant experience) breeds the kind of confidence that is an impediment to learning. Too firm too early is a death knell to further development and nuance. Wisdom, like maturity, is always marked by growing knowledge of our own deficiencies and fallibility. A diet of political talk inculcates the opposite: entrenchment of absolute positions. If you or your children leave a political program or discourse feeling smug, your programming probably cannot instill true wisdom. 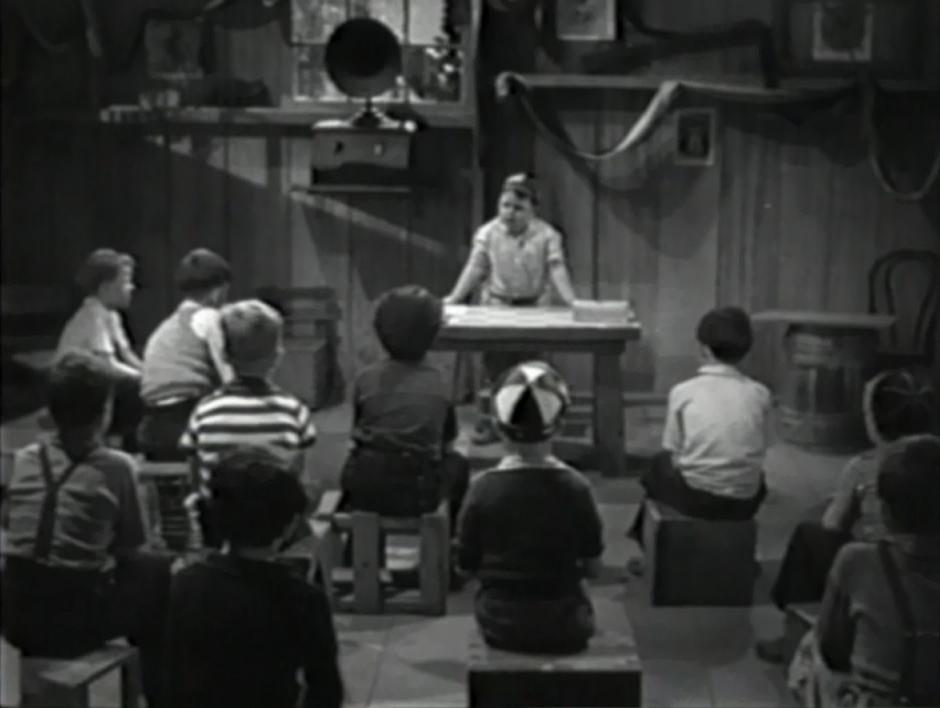 I am not suggesting we abdicate our responsibility to influence our children’s development. My children know, obliquely, what I think about many things. When we discuss any issues, I give (obliquely!) a bit of my view, and a bit of the reasoning, and then I also tell them what other people think. And if they react strongly against the opposing view, I temper their reactionary instinct with some of my opponent’s reasoning. I reiterate why I disagree with those views. But I must leave them with a thoughtful, human perspective on those holding such views, because…

c. Education is not indoctrination…
…it is the development of taste and judgment. Regurgitation is not discernment. And our taste, and our children’s, must be purposefully oriented towards beauty and goodness.
Stop fearing.
Thoughtful study of history and the Bible and the most beautiful examples that nature and culture have set for us will ultimately shape children into good decision makers. Remember, Biblical exhortations to train up our children are not about passing down set courses of political ideas. They are about reviewing the history of God’s faithfulness. This is a preventative to the fear-based mania of politics. We know our history and therefore we can trust to our future. But we don’t control that future, so we don’t have to stuff them full to bursting of partisan arguments. We can cultivate their minds, feed them beauty and goodness, and they will discern between the ugliness of partisanship and the beauty of true Christian work in the world, works of creativity, works of charity, works of sacrifice. Teach them well.
Posted by Elizabeth Vaughn Do at 1:27 PM No comments:

Email ThisBlogThis!Share to TwitterShare to FacebookShare to Pinterest
Labels: American Culture, Life As I Know It, My Big Flat Oyster, Seething Furies

Part One: How to Be Less Rabid

a. Read like a scholar.
Read longform over short. The form dictates the content. Television is less
conducive to deep, thorough evaluation than are written forms. Longer research (think Foreign Affairs, The Economist, The Atlantic) allows ideas to be fully supported and counterarguments to be explored. You don’t have to agree with the ideas! In fact, any opinions worth holding will be better for the challenge. For straight facts, AP headlines or a local broadcast are your friends. But 24-hour news cycles favor the titillating over the edifying, and the worst thing you can do is bounce around the walls of an echo chamber in a red-faced snit. 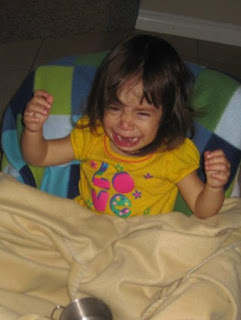 Speaking of red-faced snits, read sober articles, not angry ones. All good arguments can be made with a tone meant to lead the student into discourse, not to stir his baser passions. If the writer is snarling, find someone who can handle ideas with equanimity. If the writer (or speaker) needs to create a frenzy, he may be distracting you from really evaluating his claims. No one does his best thinking while angry.
Read serious, not sarcastic. Nothing degrades both speaker and listener so much as sarcasm. If you enjoy the set up and knock down of a quick-witted pundit, ask yourself whether you even care about persuasion and real civil discourse. Because belittlement and meanness have no positive function outside of bar fights. Such tactics polarize, but never convert. If you love snarky victories, you might also have enjoyed gladiatorial matches in Ancient Rome (see what I did there?) Conscientious disagreement involves painting your opponent and his view in the most charitable light possible, thereby crystallizing the real points of divergence and setting a noble example to boot.

b. Remember your purpose.
Wayne Grudem enumerates the purposes of the church as a threefold mission: 1) to God, worship, 2) to believers, nurture, and 3) to the world, evangelism and mercy. When the church applies itself to these three missions, it plays a long, strong game. When it gets itchy, it loses faith in the long game that God has designed, and usurps various roles never assigned to it. Our battles are spiritual and local, as are our tools: to pray fervently, to read Scripture earnestly and comprehensively, to love unreservedly, to let God hold the outcomes.

c. Don’t be idle.
Feeding our indignation can feel like meaningful action. But the work of the kingdom is rarely accomplished over social media or in yelling matches. Picketing, or stapling campaign packets, or typing out a hasty response online may feel like fighting the good fight, but it’s often a distraction from the glamour-less work of sitting by the bedsides of the infirm, mopping the church hallways, or babysitting the grubby children of a frazzled neighbor. J.I. Packer clarifies, “Jesus encourages his disciples to match worldly persons’ ingenuity in using their resources to further their goals,” but he specifies that “their proper goals have to do not with earthly security but with heavenly glory [emphasis mine].” He lists as responsibilities of Christians to urge, pray for, obey and watch over governments (238), but while much evangelical political activity might claim to fall within the categories of urging or watching over, Packer repeatedly cites 1 Peter 2:13-17 as an apt Biblical guide. Where specific actions are not mentioned in Scripture, it is yet sufficient in principles to guide. Peter’s emphasis is clearly that in action relating to worldly governments, Christians are to be so above reproach, even as they exercise their freedoms, as to always bear faithful witness to the gospel. Winning points is quite beside the point, and the point is this: “He himself bore our sins in his body on the tree, so that we might die to sin and live for righteousness…”  Love your God and love your neighbor so radically that all the political world is awed by your example and God is glorified.
Posted by Elizabeth Vaughn Do at 4:16 PM No comments: