I am having the kind of day that I just have to try and put into words because when people ask about homeschooling, we so often skip to the logistical ("How do you choose a math curriculum?") and miss, or can't articulate, the less quantifiable stuff that makes up homeschooling.

After breakfast (it was a cereal kind of a day), the girls finished a 300 piece Pooh puzzle left out from last night.  Then Gale Force wanted me to quizz her on President flashcards because she's four and trivia is her bread and butter.

Meanwhile, Songbird, nightgown-clad, sat playing with a silver candy dish full of chalk, and eventually realized that it was sending sparkly reflections up to the ceiling.  This made her curious, so she began experimenting with the dish, and then with other objects to see what things were reflective.  Since she was so absorbed, I asked occasional questions like "Can you figure out the angle and control the reflection to write and draw on the ceiling?"  and "If the light is bouncing off the shiny things, where is it going with the soft things like the rug?"

Soon she could explain to Gale Force what was happening, and they asked if they could paint plastic box lids to see whether paint changed the reflective qualities.  Um, yes.  And then since the watercolors were out, I let them copy from a book on Andrew Wyeth onto cards to send to all their great-grandparents.  (Although Gale Force looked at a picture of a farmhouse and field and then painted a river with an octopus that doesn't bite, and David with his slingshot and some bullets.) 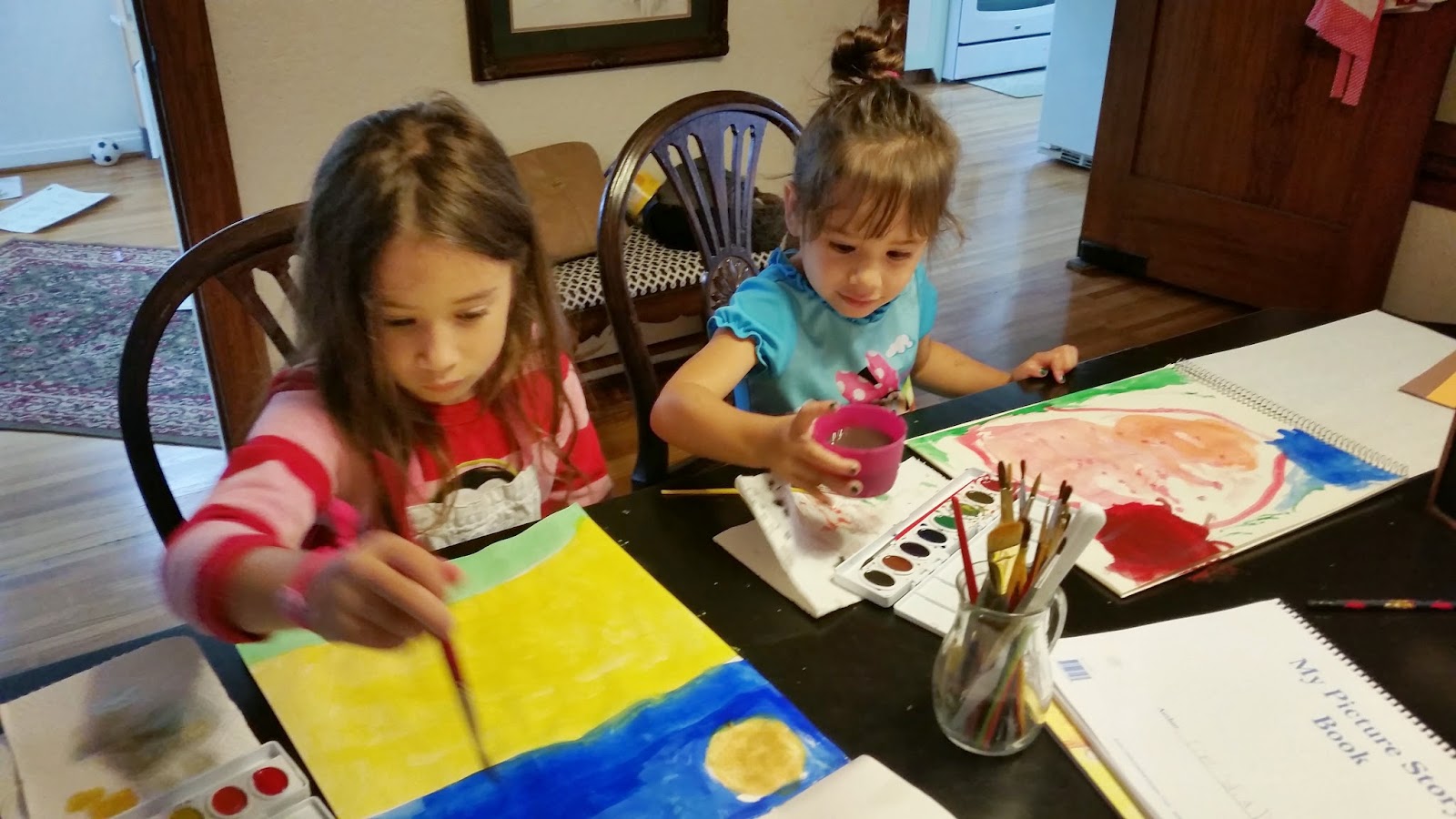 Education is less about knowing facts (although at some point today we will sit down and do timed addition tests and drill some Latin) and more about finding truth and beauty in life.  Sometimes kids need time to sit idly on the floor with a candy dish until their little minds seize naturally on something solid and knowable and exciting.  And always they need to experience the integration of things, not in a Pocohontas pan-spiritual way, but in moments where the history of American art and the sounding out of words and the valuing of our elders are all instilled in part of a game.

And really, I'm still on my first cup of coffee and we haven't even done any "school" yet.

Posted by Elizabeth Vaughn Do at 10:50 AM No comments: