A friend sent me this article about some wild results from innovative teaching techniques.  Or, maybe off-the-cuff is a better descriptor.  Teacher in an extremely underprivileged school finds research on out-of-the-box educational theory, tries ideas almost at random, and his class shoots to the top of the charts for all Mexico.  It’s a good story.  Read it!  Here are my thoughts.


1.       Amen and Amen!  It’s so nice to have someone outside our little cult of Classical Educators corroborate our stance on educational philosophy.  Says this article: “…the dominant model of public education is still fundamentally rooted in the industrial revolution that spawned it, when workplaces valued punctuality, regularity, attention, and silence above all else.”  We Classical folks are always lamenting, “That John Dewey! Remaking our schools in the image of a Model-T Assembly Line!”  And we get the looks that people give conspiracy theorists, despite the ample evidence.  So thanks, independent source, for pleading our case!


2.       BUT.  While acknowledging that some of this stuff hearkens back to Socrates, the author and his giddy interviewees then fail to pursue that line of research: what distinguished the methods of Socrates and Aristotle and how could we apply?  Instead, they seem to say, “Cool coincidence!” and continue to experiment in the dark.


3.       The article quotes a neuroscientist who says, “The bottom line is, if you’re not the one who’s controlling your learning, you’re not going to learn as well.”  Well, learning to self-teach is the crux of Classical education.  Its dialectic aspect capitalizes on the student’s growing ability to process and builds on his natural curiosity about the grammar he’s internalized.  But he needs a grammar stage in order to have something to process.


4.       The teacher in Mexico was inspired by one Sugata Mitra, a scientist who planted laptops in remote villages to see what kids would do with them.  Mitra envisions the future of education with glass rooms full of kids self-educating with high tech toys.  This is an interesting tech-age take on Socratic methodology that removes one crucial component: the mentor.  A laptop may stimulate curiosity and teach subject matter; it may create a student.  But a mentor shapes a human being.  The ability to self-educate is the result, not the starting point, of Classical education, and a laptop cannot replace a mentor. 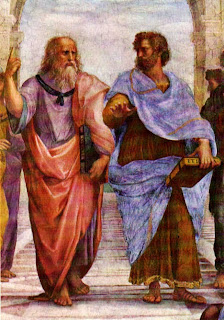 What’s the real bottom line?  These guys, having discovered the problem, are still falling into a rut of modern thinking as they seek a solution; they are still looking for The New to save them.  The sidebar demonstrates this, chronicling a history of “Alternative” schools.  This categorization demonstrates a preoccupation with innovation rather than a concern with results or cohesive philosophy; an idea has to pass on its merit, not its novelty.  If things have worked in the past, or say, over the course of thousands of years, it seems audacious to just rake those things into a cool list of ideas, and then trust your own innovations to be better.  Just because they’re new.


Without a cohesive framework for analysis, the author ranks some of the aims of Common Core in with these “alternative” ideas because the Common Core suggests that students approach mathematics by finding “meaning” in the problems.  And that sounds new, right?  It’s pretty much the opposite of the historically proven methods that first fill heads with grammar about which to find meaning.  Cart and horse stuff.


Socrates and Common Core don’t really belong in the same list unless your only criterion is “new.”  Why reinvent the wheel?  Look instead to the best minds, the da Vincis and the Newtons and ask what produced them.  The ideas (and their results in Mexico) are exciting, and I'm glad my pet cause is getting some positive media attention.  But don't mistake this stuff for new.  It’s just touching on the Classical.  And that, adopted as a whole philosophy, really works.
Posted by Elizabeth Vaughn Do at 11:21 AM No comments: