The Care and Keeping of Words: Part 1 of 5

This is the first of a series on the use of words. I hope it will be generous and apply to anyone who uses words, for any reason. I will here tackle definitions, because if they don’t come first, everything that follows is futile. Next, I’ll discuss the manipulative potential of analogous reasoning and later, of bad questions. I will end by looking at a couple of specific words to clarify their oft-conflated uses. This paragraph breaks my rule about avoiding stilted methodologies outside of the empirical sciences and studies (I write about that here and stand by my general opposition on artistic grounds) so please forgive me this paragraph!

Definitions lay the foundation for all real discussion. This has never been more important than in an age where otherwise rational people are comfortable labeling baseless opinion as “personal truth.” In such a quagmire, you can easily have a full-fledged battle while unwittingly talking about totally different things. Sometimes you can avoid the mud simply by defining terms. Disagreement and irrationality will still exist, but at least we will know what we’re dealing with.

By definition, I don’t mean that desiccated convention of valedictory speeches: “My fellow graduates! What is success? Merriam-Webster defines success as…”

While I hope we can all agree to pasture this tired opener forever, it is standard practice in social sciences to define terms for the purposes of your paper or study. You still see idiotic reader responses and, less innocently, intentional political twisting, that ignore these clarifiers. If we were all more careful (and honest enough to call out our allies for such irresponsibility) we could avoid a lot of acrimony. 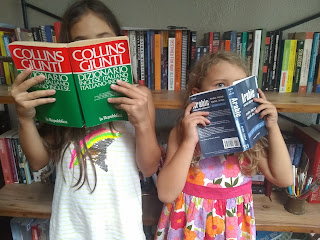 Francis Shaeffer writes about the co-opting of language, wherein the words persist, soothing people with their familiarity, while the meanings shift beneath them. He has examined the use of “words that have strong connotations as they are rooted in the memory of the race…These words give an illusion of communication…One hears the word “Jesus,” one acts upon it, but it is never defined. The use of such words is always in the area of the irrational, the non-logical. Being separated from history and the cosmos, they are divorced from possible verification by reason…”

Such confusion is rampant in what we call communication today. We speak past each other, each confidently brandishing words that we assume are mutually understood. Shamefully, we are also often content to land a hit on a straw man. And it comes back to bite us: the same laziness makes us prime victims for the rhetorical tricks of others. Finally, the real sense of having been spun in a circle by someone wittier breeds cynicism and distrust.

But if we first agree on definitions, we have a foundation from which to refine our thinking. For instance, if we disagree that plants, animals and humans are each categorically and substantively different, we can still, by understanding the definitions being offered, measure our positions on issues like animal testing or whether the dog should sleep in the bed, for internal consistency. If we can’t always retreat to any common ground, we can at least start with common understanding and from it, trace our logic from root to conclusion. In other words, we can disagree, but we still have to make sense.


If we disagree on definitions, a clear point of divergence can preserve our shared humanity. If I were to say that Chicken Pot Pie was an abomination, someone might say that I was mad (and if mad, then pitiable), or that I was obstinate (and if obstinate, then contemptible), or that I was insensate (and if insensate, then less than human). These would be radical extrapolations, but we do make them all the time, implicitly.

But what if I were then to reveal that my idea of Chicken Pot Pie was that thing the Pennsylvania Dutch make that is really a soup with blobs of dough floating about in it? You might laugh and explain that you referred to a creamy, double-crusted sensation using the same term. And if I were to further clarify that by “abomination,” I meant a linguistic mess, not a culinary one, then we could have a different conversation. Why call a soup a pie, you might ask? Why say “pot” if it’s baked in a pan, I could counter?

And if we were then to research its origins and find that the Greeks preferred theirs with robin meat? 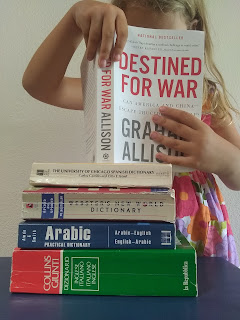 Well, after all that, we could still have our preferences, but at least we would understand precisely what we were rejecting.

We might even find common ground. The dumplings are made from a crust-like dough. We might allow that, grudgingly. We might all relinquish our claim to be “the original” now that we know about the robins. And we could also agree that robin meat is so passé.

Of course it’s usually more complicated than pot pie and sometimes the disconnect is actually in bad analogous reasoning, which is a subject for another day. But when we start by defining terms, and realize our disagreements are fundamental, we can avoid polarizing reactions (wrong=stupid=subhuman-conspirator). It is much easier to vilify and dehumanize over opinions held further down the line, so to speak. At the very least, we can calmly agree that we are often speaking different languages.

We should ask logical consistency of everyone, but if we acknowledge different starting points, than we can reasonably expect incompatible conclusions, and recognize an honest human process that yields them.

Truth is one, and most of us are missing it to some degree. Which means that in some cases, opposed positions can each contain some truth and some faulty reasoning. It also means that sometimes false premises invalidate conclusions. But even if I think you have both started and ended wrong, fully understanding someone’s reasoning helps us be kinder because most people aren’t actually plotting the world’s fiery end.

Posted by Elizabeth Vaughn Do at 5:05 PM